This Month's Theme: Third Time's the Charm
Your Hints: This month's movie would fit nicely into January's Cinema of the Macabre theme. It features an actor who played an iconic character on ER, and the actor father of two Hollywood icons. While you're watching, you'll probably find yourself quoting a recently popular tiktok sound.
Content Warnings: no content stood out to us, but if you ever have concerns please reach out to us through faceplace and we'll absolutely address them! 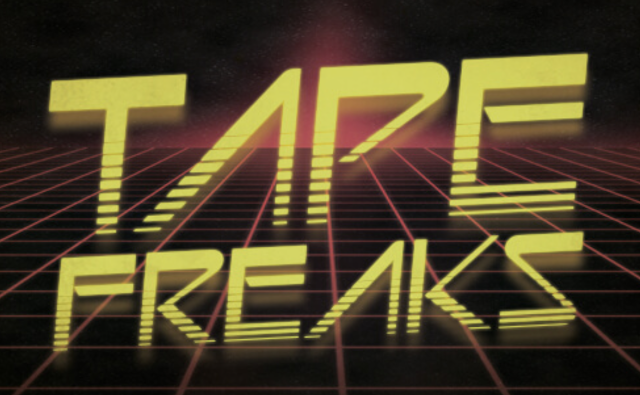 This Month's Theme: Animals Attack (or is Animals Fight Back more accurate...)
Your Hints: This month's movie features an animal stunt actor, and although the consensus by cast and crew* is that the animal is indeed just acting out it's training, it's a pretty good reminder that we could just live in harmony with animals and nature. Oddly enough, this month's animal stunt actor also had a significant appearance in another movie that questions the validity of white colonial-minded men needlessly meddling with nature. And although this month's movie is an animal attack movie, it's also basically a straight up slasher film.
Content Warnings: If stressed-out appearing animals or depictions of animal testing upset you regardless of context, I'd skip this month, or reach out to us directly (through FB ideally) for more info on the movie.

Get Your Tickets Here: Tape Freaks presents: September's Mystery Movie @ Trylon, 7pm $5
*The consensus was in interviews from present day, rather than when the movie was being promoted, which I feel lends more weight to the probably-true end of the scale. American Humane did have this to say about it as well (I've changed the wording to keep you guessing) "...the movie depicts [a lot of animal] violence, [but all the] animals on the set were treated very humanely. American Humane was [on] set every day during filming, [and] observed and filmed the training [of the star animal].
No comments:

Ok, I (Colette, the writing half of Tape Freaks) might have overstated the "heavy metal" aspect of this month's theme. Either "rock and roll" horror didn't sound as good, or the voice actors in this month's movie over sold the metal-ness of its band, and I let it slide in favor of alteration. Honestly there's only one way to find out which it is, however neither deception will leave you disappointed!

But if it does turn out that I'm the deceptor, allow me to defend my choices by assuring that most everything in this film, from vibe to the wardrobe, better fits under the category 80s-metal trope. 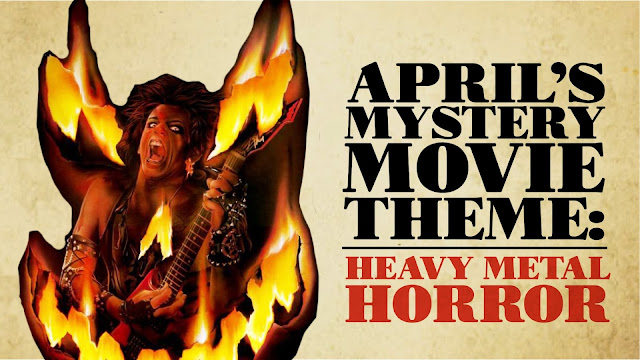 Clue #3: Rothrock isn't this month's movie's only big name actor at the start of a career, there are multiple actors in this film that would go on to success and longevity. (Our favorite of which sports an absolutely unidentifiable accent the entire movie.)

Clue #2: This month's movie doesn't star Rothrock, but it does highlight some of her weapon skills along with her fighting skills. It's also very, very weird. 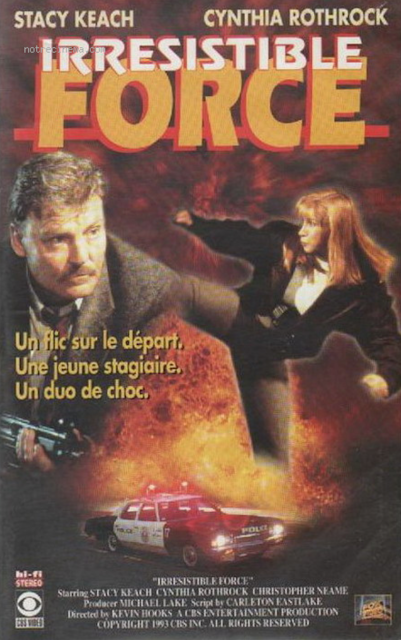 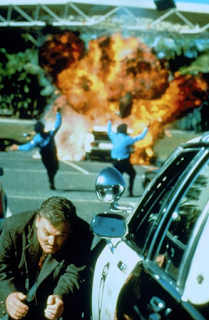 If you ever wished there was a made for TV movie starring Stacy Keach and Cynthia Rothrock set in a mall that was a knock off of Die Hard, then do we have good news for you! Irresistible Force (aka Power Cop) is precisely that, and it delivers about as ridiculously as you'd expect.
Plot unfolds something like this: Harris Stone (Stacy Keach) is a cop nearing retirement who's looking for as little action as possible to close out his career. So when faced with suddenly choosing a new partner, he decides Charlotte Heller (Cynthia Rothrock) is the safest bet. Why? Well because she's a woman, obviously! Unfortunately for Stone, this particular woman is looking to flex her martial arts skills, and with terrorists attempting to take over the local mall, hilarity is bound to ensue.
Oh misogyny, up yours!: This movie relies pretty heavily on punchlines regarding Rothrock being a lady and kicking ass. However, what this movie does that too many of her other films do not, is highlight her incredible range of martial arts skills. She dispatches mall terrorists in various impressive and satisfying ways. And as a bonus for the viewers, there aren't men standing around telling her she can't do something for these scenes! Ugh. 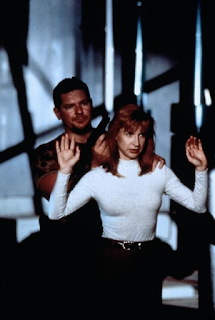 Well I'll be: This movie's subplot features a kidnapped kid who's extremely cocky, and extremely annoying. His character is a habitual shoplifter at this mall (who we meet while he's playing his freshly stolen 1993 Gameboy) so his knowledge of the mall and it's security often comes into play. But while digging into the cast of this movie, we learned that the young actor playing this obnoxious role is Michael Bachall. He would go on to write the screenplays for Scott Pilgrim vs The World, and the 2012 21 Jump Street.

But how do we really feel?: If you are in the mood for some decent early 90s action., this movie is surprisingly very watchable, and as we mentioned, it highlights Rothrock's skills where other films drop the ball. Also the whole thing is on Youtube so it's easy to find too!
One last hilarious thing: While trying to gain access to the mall, Stacy Keach attempt to climb up a garbage shoot and falls repeatedly for what feels like 20 mins. 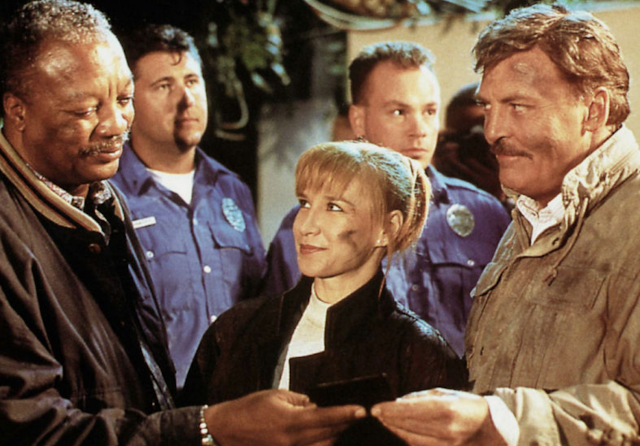 Clue #1: This month we are screening a Cynthia Rothrock movie! This one comes from earlier in her career.